Late one evening a few weeks ago I got a phone call from a friend. He was in a panic. He had an interview the next day and had only just noticed that the hem of his suit pants was loose. It was late, nowhere was open, and as a single guy living three hour’s drive from his mother’s house, his only option was to call me. Needless to say, I sprang into action, and one taxi ride and a celebratory beer later, he was ready for his interview.

But this got me thinking. How many men are there out there that are similarly bereft of needlework skills?

And as I thought of the many times I helped out friends in similar predicaments; I realized that there are very few men that possess what I consider the rudimentary sewing skills essential to anyone that wears clothes.

It’s time for the men of the world to wake up to the merits of being able to sew.

Why? Well, here are five reasons for starters.

Okay, so we’ll lead with the big one. Money. We all want it, and when we get it, we’re loath to spend it on anything other than the most frivolous of purchases. There’s something about paying for a service that we can do ourselves that grates on the pride of our manhood. Leaking pipes, oil changes for the car, you know the kind of stuff. So why is sewing any different?

Learning the basics of sewing is a great way to get the job done for a fraction of the cost. All you need is a needle, thread, and a little time. Speaking of which..

While leaving your clothes at the tailors for some quick repairs might not seem too time-consuming, the fact is that you lose the use of those items for at least a couple of days if not more.

Doing it yourself saves you those days. And there’s also the added bonus of not having to take a detour on the way home from work just to get to that tailor you know will do it the way you want it.

Murphy’s Law states that ‘Anything that can go wrong, will go wrong’ and you can add ‘at the most inopportune moment’ to that.

It’s always at the exact moment that you really need something that disaster strikes and we don’t all have a 24-hour emergency clothing repair shop on our street. You can see where this is leading, right?

The stigma attached to men sewing comes from that portion of the male population that doesn’t know a bobbin from a thimble. The truth is that it’s a skill and a darn (sorry but I couldn’t resist) useful one at that.

When your new partner’s jacket hem comes undone, and you fix it in less time that it takes to say ‘I didn’t know men could sew,’ you’ll be a hero. Perhaps not the man of steel type but not all heroes wear capes.

Curtains, bedding, cushion covers, if there’s anything in your house made of fabric, then your sewing skills could come in handy when it’s time for repairs. This is particularly useful if you have an energetic pet that just won’t leave the cushions alone.

Being a man who can sew is a badge of honor, and it just might save your proverbial bacon at some point. So take heed and pick up a needle and thread. Oh and yes, my friend did get that job, and I even managed to teach him how to sew. He’s not very good though, so my business is safe for now. 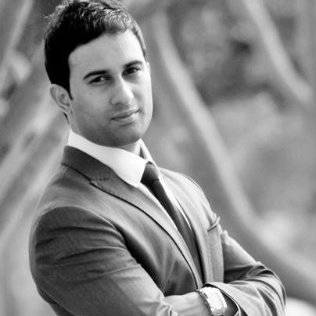 Jatin Vengurlekar is the CEO of Montagio Mens Suits Sydney and a leading men’s fashion consultant in Sydney, Australia. He has been featured on publications such as HuffingtonPost, GQ, Men’s Fitness and many other leading publications. In his spare time, he likes to write men’s fashion advice on his men’s style blog and take his dog for walks on the beach.